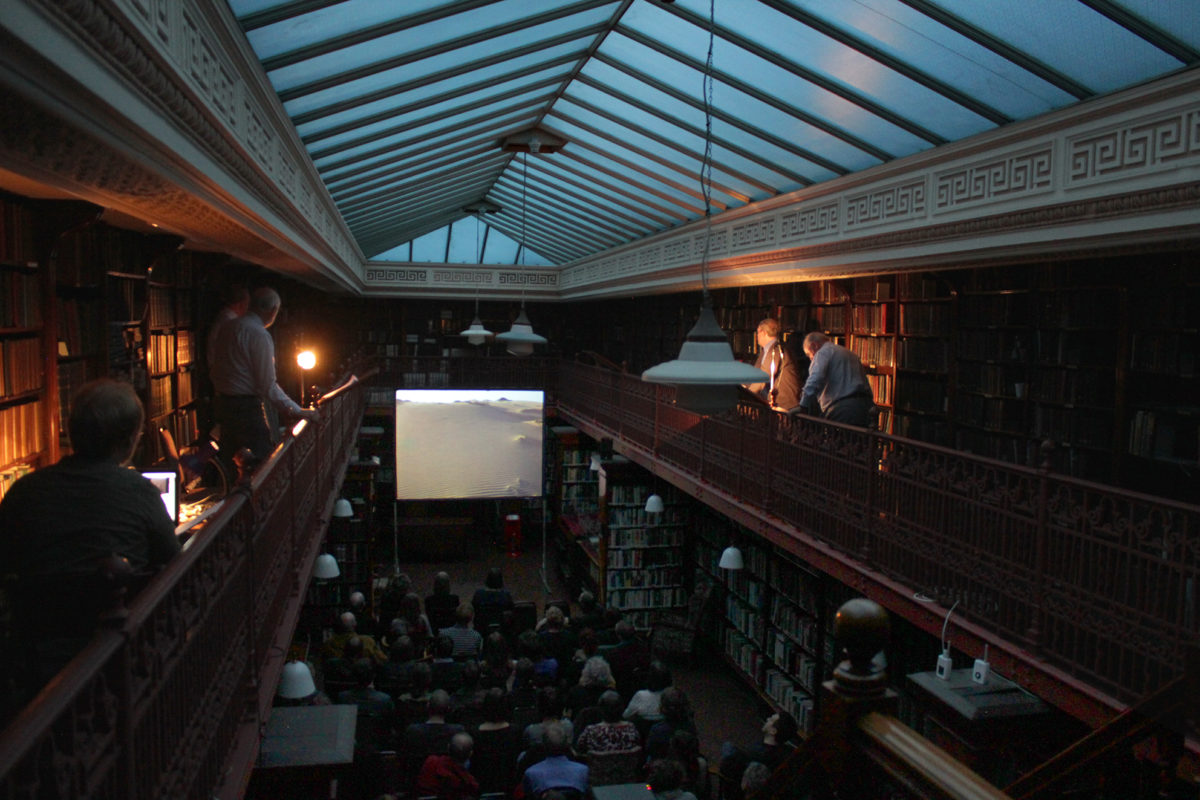 If, a thousand years from now, archaeologists happen to dig beneath the sands of Guadalupe, I hope that they will not rush into print with the amazing news that Egyptian civilization, far from being confined to the valley of the Nile, extended all the way to the Pacific Coast of North America.
-Cecil B. DeMille*

A Distant Echo was presented live during the production of the film. In the resonant surroundings of the Leeds Library (est. 1768), this screening featured a new score composed by Tom Challenger for the Colne Valley Male Voice Choir (est. 1922) and a reading of a script drawn from the Egyptian film The Night of Counting the Years/Al-Momiaa (directed by Shadi Abdel Salam, 1969). The original film, set prior to the British occupation of Egypt in 1881, follows the negotiations between archaeologists from Cairo and ancient tribesmen, dramatising the struggle between ancient and modern values and the morality of recovering lost artefacts.

A Distant Echo was developed as part of an ongoing project To the Distant Observer that includes the production of two films and various parallel events supported by the Arts Council of England and PRS for Music Foundation. The event in Leeds was funded by Leeds Inspired.