Blind Matter draws together a diverse range of works in which filmmakers and artists have sought to explore the economies of images. From reflections on the potential of plastics – the trade of fossils, creation of images of desire – to new worlds mined within virtual spaces, these works complement Nicholas Mangan: Limits to Growth, and the way in which the exhibition reflects on the relationship of art and abstraction to processes of value creation. Taking its title from Victor Hugo’s statement ‘Man makes blind matter serve him’, the program seeks to reflect our relationship to matter in an age of globalisation and the increasingly mediated nature of our interactions with matter. Featuring works by Harun Farocki, Beatrice Gibson, Lucy Raven and Alain Resnais.

The programme was curated to accompany Nicholas Mangan’s exhibition Limits to Growth while I was participating in the Monash Art, Design & Architecture artist in residence program 2016.

The Power of the Market: The Pencil (Milton Friedman, USA, 1980, 2.30min)
‘Look at this lead pencil. There’s not a single person in the world who could make this pencil.’ – Milton Friedman
In his famous polemical parable of the pencil, the economist Milton Friedman, describes with awe the wonders and supposed inevitability of the free market as a means to both liberate people and eventually bring about world peace. This short speech, extracted from the 10 hour PBS documentary series Free to Choose, seen in the light of the recent financial crisis, displays the utopia thinking behind neo-liberalism. In regarding the simple pencil, Friedman describes the global labour and industry behind it, demonstrating that interconnected markets cooperated across language, religion and belief, enabled by the ‘magic’ of the market to create this simple product.

La chant de la styrène / The Song of Styrene (Alain Resnais, France, 1959, 19 min)
This early essay film by Alain Resnais is a celebration of the potential of plastics. Shot in striking colour, the film is a paean to the abstract qualities and malleability of this new material. Providing a fascinating insight into the optimism behind plastics prior to realisation of the stark environmental damage their production causes, the film also anticipates the potential of the material only now being realised with the advent of 3D printing. Le chant du Styrène / The Song of Styrene was commissioned by French industrial group Pechiney to highlight the merits of plastics with a commentary by Raymond Queneau composed in Alexandrines, the film examines with futurist zeal the abstract potentials of an emergent age of plastic.

Ein Bild / An Image
Harun Farocki, Germany, 1983, 25 min
Four days spent in a studio working on a centrefold photo for Playboy magazine provided the subject matter for my film. The magazine itself deals with culture, cars, a certain lifestyle. Maybe all those trappings are only there to cover up the naked woman. Maybe it’s like with a paper-doll. The naked woman in the middle is a sun around which a system revolves: of culture, of business, of living! (It’s impossible to either look or film into the sun.) One can well imagine that the people creating such a picture, the gravity of which is supposed to hold all that, perform their task with as much care, seriousness, a responsibility as if they were splitting uranium. This film, An Image, is part of a series I’ve been working on since 1979. The television station that commissioned it assumes in these cases that I’m making a film that is critical of its subject matter, and the owner or manager of the thing that’s being filmed assumes that my film is an advertisement for them. I try to do neither. Nor do I want to do something in between, but beyond both.’ – Harun Farocki, 1988

The Deccan Trap (Lucy Raven, USA, 2015, sound by Paul Corley, 4:19 min)
‘The Deccan Trap is a sci-fi fable that goes back in space and time, from some of the newest 3D images being produced in India—at post-production studios in converting outsourced Hollywood films from 2D to 3D—to some of the oldest—bas-relief carvings in Ellora’s rock cut temples in Madhya Pradesh.’ – Lucy Raven

F for Fibonacci (Beatrice Gibson, UK, 2014, 16 min)
F for Fibonacci develops a particular episode from JR, in which a televised music lesson is scrambled with a maths class on derivatives inside the mind of its child protagonist. Musings on aleatory music become muddled with virtual stock pickings and a theory of ‘market noise’. Unfolding through the modular machine aesthetics of the video game Minecraft, text book geometries, graphic scores, images from physics experiments, and cartoon dreams, blend with images from wall street: stock market crashes, trading pits, algorithms and transparent glass. – Beatrice Gibson 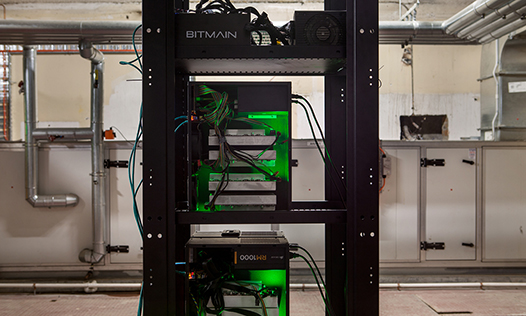