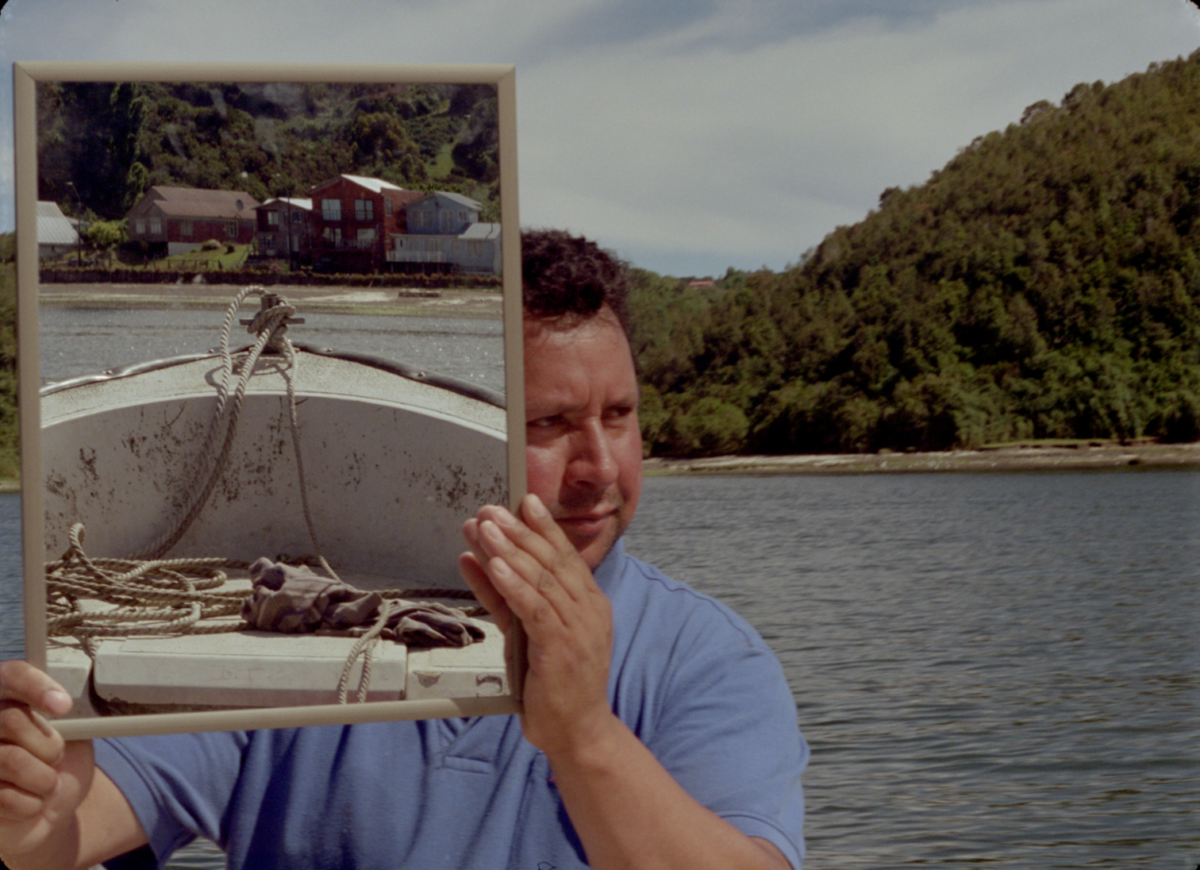 I will be presenting material from my new ongoing project Double Ghosts at the upcoming AV Festival in March 2018. The screening launches a weekend of events 16-18 March exploring the history and legacy of political film, cultural displacement, collective memory and how cinema captures or reflects reality. The following events were co-curated with AV Festival director Rebecca Shatwell to explore these issues in relation to the work of Raúl Ruiz.

“Double Ghosts is a new film work by George Clark that responds to the legacy of Chilean filmmaker Raúl Ruiz (1941-2011). In 1995, Ruiz flew to Taiwan to film Comedy of Shadows / La comedie des ombres. The film was shot but never finished. The incompleteness of Ruiz’s film is the starting point for Double Ghosts, an ongoing project seeking to think through divergent cultural, social and geographical contexts. Considering the echoes of unrealised political histories from the legacy of the short lived socialist government in Chile to life under martial law in both countries, Double Ghosts attempts to use the space of cinema as a site of projection between the past and the present.

For this site-specific event, Clark will present a selection of new 35mm footage shot in Taiwan and Chile, in dialogue with rare short films by Raúl Ruiz exploring his homeland through the prism of his exile and work by the artists group CADA (Art Actions Collective) made during the military dictatorship in Chile.”

Screen Pioneers No.3 Raul Ruiz
Directed by Keith Griffiths, script by Ian Christie, UK, 1985, 10 min
Screen Pioneer’s No. 3 is dedicated to the filmmaker Raul Ruiz. This rare documentary written by film scholar Ian Christie and directed by Keith Griffiths was produced and broadcast by Channel 4 in 1985 as part of the arts programme VISIONS: EXTRAVAGANT IMAGES. The film is brilliant and inventive portrait Ruiz’s work, his biography and preoccupations and including a rare interview with the director

The Return of a Library Lover / Lettre d’un cinéaste ou le retour d’un amateur de bibliotèques
Directed by Raul Ruiz
France/Chile, 1982, 15 min
Ruiz, rediscovering the things of his past in Chile ten years after the Coup, regards them now with the eyes of another world. This other world is cinema, the mechanical gaze of a Super 8 camera. This eye sees very deeply, even beyond reality and brute memory. ‘Lettre d’un cinéaste’ is the documentary version of a Ruizian fiction: a survivor returns to the land of the dead and discovers his doubles and phantom friends – Charles Tesson,
International Rotterdam Film Festival catalogue, 2004

¡Ay Sudamérica!
CADA (Colectivo Acciones de Arte), Chile 1981, 4.45min
On July, 12th, 1981, six small airplanes, flying in perfect formation over Santiago, dropped 400,000 flyers discussing the relationship between art and society. This action referenced the bombardment of the House of Government (La Moneda), which marked the fall of Salvador Allende’s democratic government and the beginning of Augusto Pinochet’s dictatorship in Chile. Through this ‘acción sobre arte y política’, CADA reconstructed the political trauma of 1973, while proposing a new critical political perspective. The flyers contained a message that simultaneously upheld each person’s right to a decent standard of living and proposed that the general public was capable of instating an entirely new concept of art – one that could overcome traditional, elite boundaries and become part of public life.

A TV Dante: Cantos 9
Directed by Raul Ruiz, Chile/UK, 1994, 10 min
I was commissioned to make, as I liked, this series of Dante’s Cantos, each lasting 10 minutes which would make something like a serial for TV. The commission was ‘do what you want with this amount of money’. So I took the money and I went to Chile. I said I will make a mixture of a parody of political Latin American films of the 1960s and instead of putting in the red flags I’ll put in crosses and people screaming ‘Viva la muerte! / Long life to death!’ That was the starting point and then I said let’s say that Dante comes to Hell, the inferno, and that it is Chile. He comes like on an official visit with a kind of consulate and carrying a book with the civil code. I said to the actors that the premise is ‘if you are a sinner in this world, after you are dead you will become Chilean.’ That was, more or less, in the form of a joke, the idea. So Chile is Hell, so what? In the film, I’d play with that idea. But that idea was considered unacceptable in Europe and it was never shown. Then some American bought the movie and changed the title. Instead of Dante’s Inferno, which was too complicated for the audience, they put Diablo Chile on it and it worked! […] Chileans immediately accepted that Chile is Hell, of course. They are real patriots. At the same time we are supporters of our inferno! – Raul Ruiz, on-stage interview with Ian Christie, International Rotterdam Film Festival, January 2004 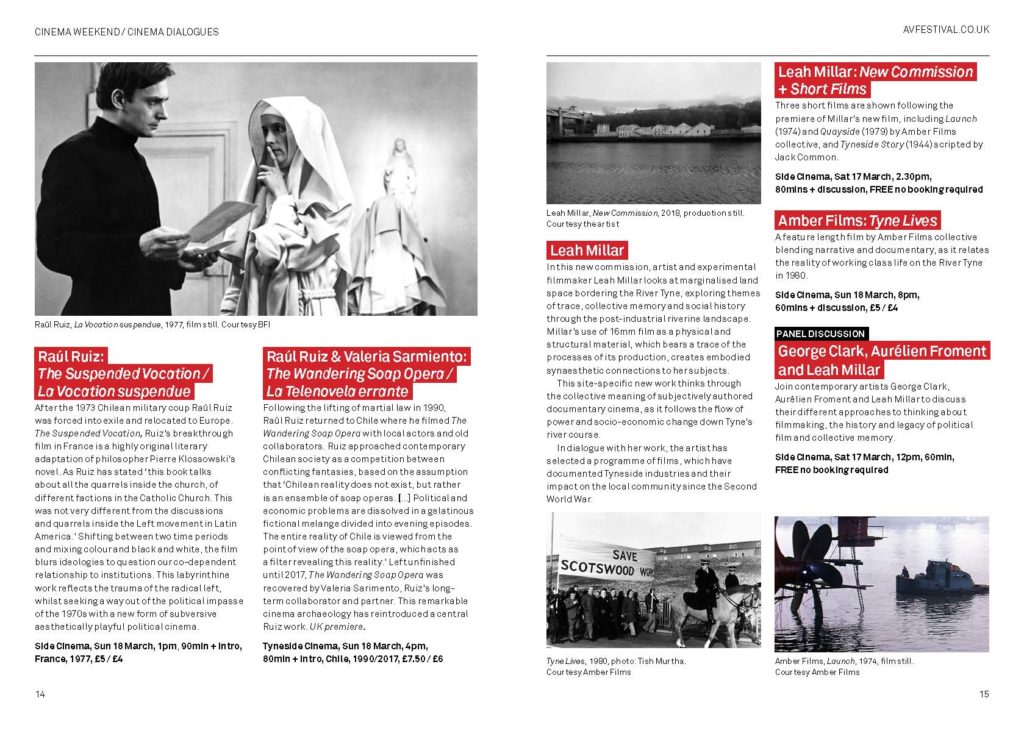