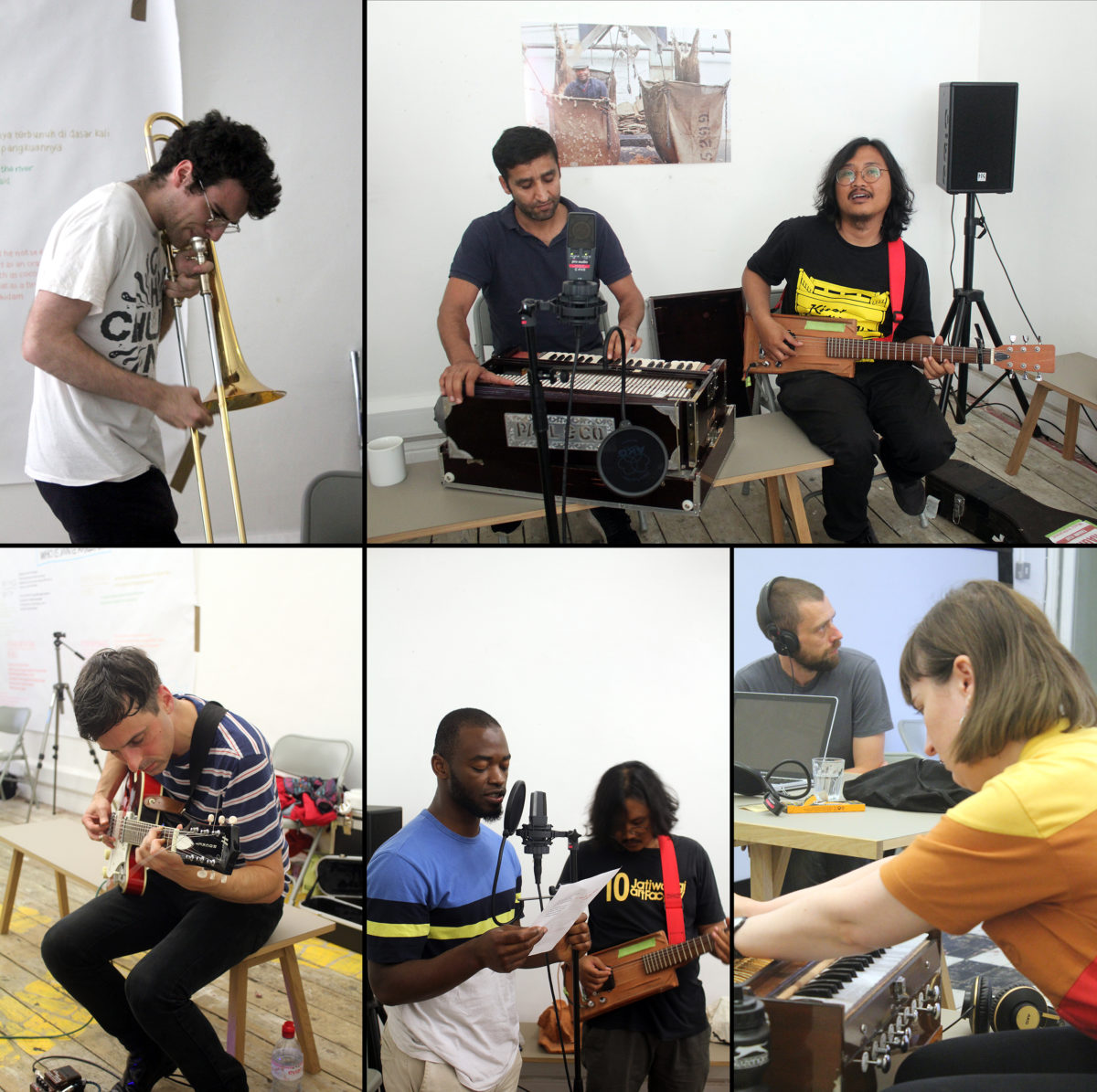 Over two days, 42 New Briggate became a Remang-Remang a functioning open studio and meeting place. Taking its name from the dimly lit rest areas common on the Pantura Road, the longest road in Indonesia, we invited musicans, poets, artists, filmmakers and members of public to join at any time to meet, talk, and play music with Indonesian artists Tedi Nurmanto and Ahmad Sujai.

Tedi spent the residency researching music across region, meeting and playing with numerous musicians from producer and artist Mark Fell to Colne Valley Male Voice Choir. Building a new composition from field recordings across the post-industrial landscape, Tedi worked with this as basis for recording with musicians during the Remang-Remang open studio. Tedi is the music director of Jatiwangi Art Factory and plays a custom built electric guitar made from a ceramic roof file. His most recent musical project is Lair, a group inspired by classical tarling music explored in a typical Pantura style, raw and open to passing influences.

Ahmad Sujai spent time gathering stories of West Yorkshire to help him create a local response to the mythic figure of Jante Arkidam. First imagined in a famous 1967 poem by Ajip Rosidi, Jante is an archetypal man from Jatiwangi – a charismatic rogue continually evading capture by the authorities.