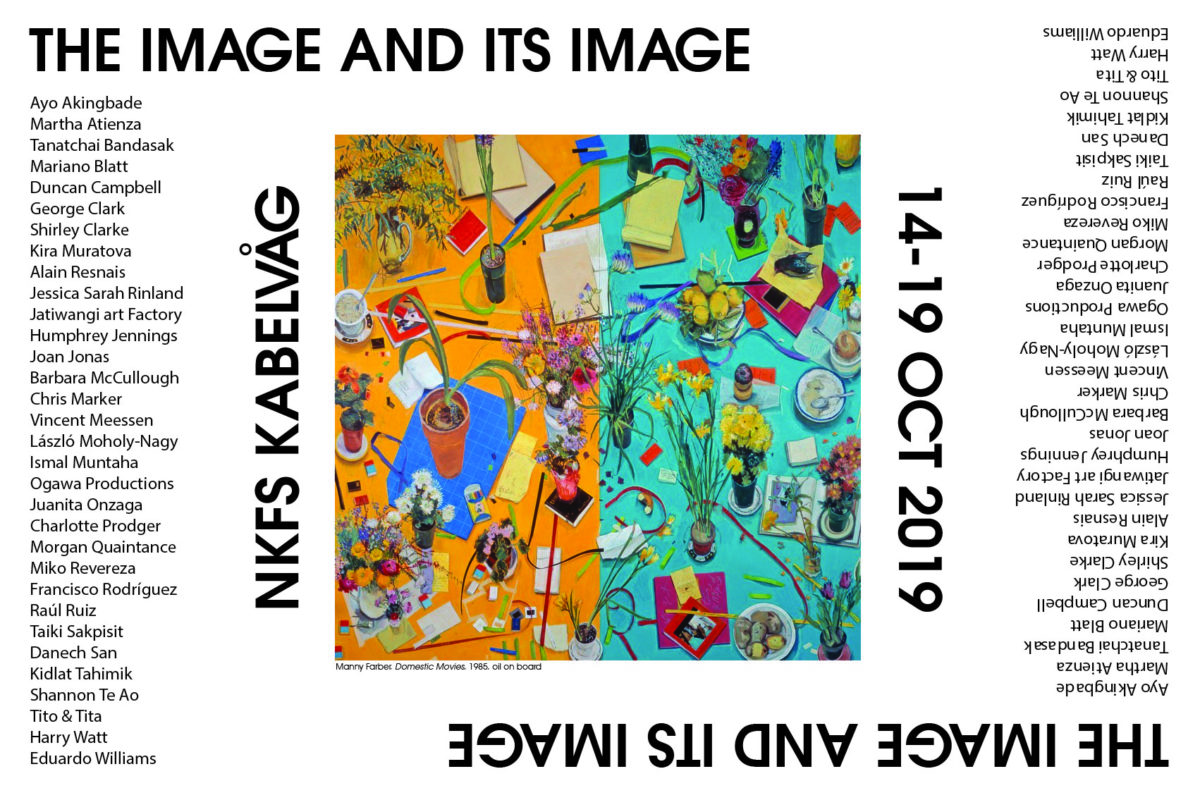 I curated this festival of moving image for Nordland Kunst- og Filmfagskole in Kabelvåg, Norway. Taking trajectory from the writings of Manny Farber, the screenings draw together many works which have helped me think through cinema, its potential and multiple futures.

“How can we grasp the elusive nature of an object or an idea? Images can be means of capture but then how do we contain the image itself? The thirty work assembled here draw on a wide array of subjects but are linked in their exploration of the elusive quality of the image. Doubles, reflections, echoes and ghosts populate the works which each seek to find their own way to approach contemporary reality and the cosmic assemblages of images in which we live. The works provide models for how thought can be contained in what we may call after Ursula Le Guin, the carrier bag of images, which we know under its other name; cinema.” – George Clark