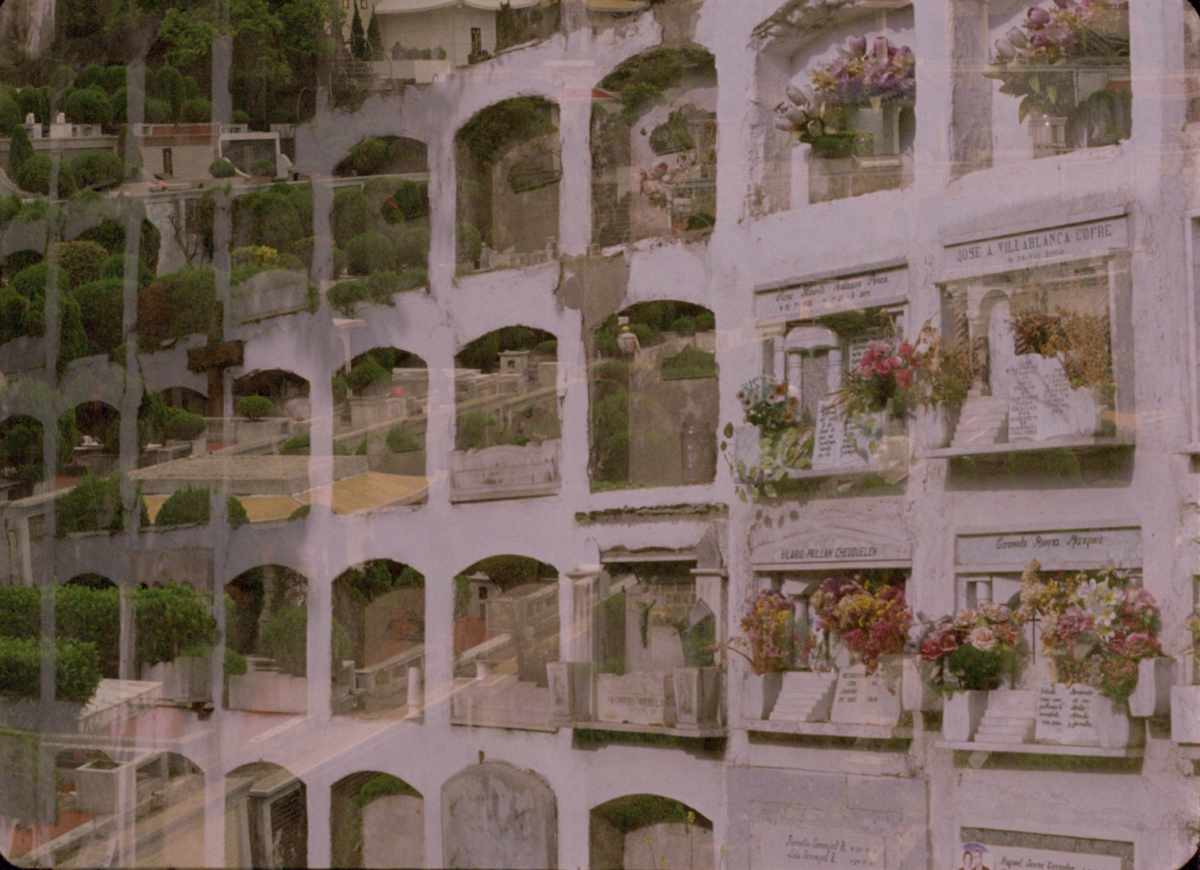 Double Ghosts explores the status and potential of unrealised and fragmented histories from the legacy of Chilean filmmaker Raúl Ruiz (1941 – 2011) to animist cinematic traditions in Taiwan. The project takes as its starting point an unfinished film made by Raúl Ruiz in Taiwan in 1995. Based in Paris since the late 1970s Ruiz came to Taiwan to film The Comedy of Shadows / La comedie des ombres with a script inspired by the Taoist philosophy of Chuang Tzu’s Wandering on the Way and Luigi Pirandello’s Six Characters in Search of an Author. The project was filmed at Chin Pao San cemetery with a Taiwanese cast and crew but never finished.

The incompleteness of Ruiz’s film is the starting point for Double Ghosts, that considers the echoes of this unrealized project to explore cinematic and political phantoms. Drawing on research and diverse collaborations with filmmakers Valeria Sarmiento and Niles Atallah as well as Chilote fishermen, the film is staged as a series of actions seeking to reactivate this lost film. Filmed on 35mm film in Chile and Taiwan, Double Ghosts follows traces across the Pacific from Ruiz’s birthplace in Puerto Montt to the mountain cemetery in Taiwan.

AV Festival, 16 March 2018
The project was first presented in a special screening at the AV Festival. The work-in-progress print was shown in under-construction Star and Shadow Cinema on 16 March 2018.

Chin Pao San, 19 August 2018
The world premiere of the film took place at Chin Pao San cemetery in Taiwan on 19 August 2018. The premiere was held in the original location of Raul Ruiz’s unfinished film and on the 7th anniversary of his death. Taking place during ghost month in Taiwan, the outdoor projection is a tribute to Raul Ruiz and his phantom film.

Filmed on 35mm film on location in Chile and at Chin Pao San / 金寶山, Taiwan.