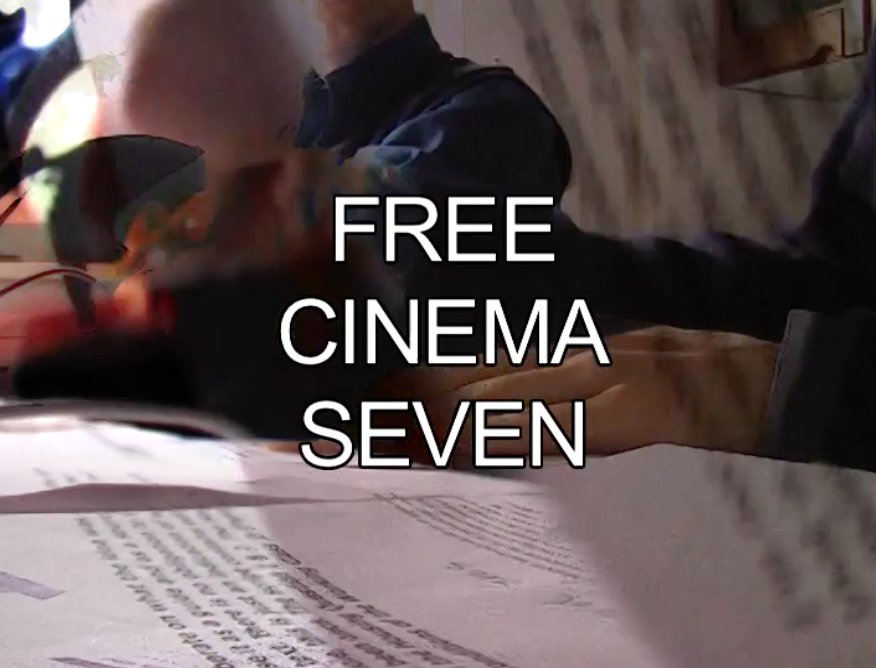 ‘Get Out and Push!’, an exhibition that begins with the British Free Cinema film movement of the late 1950s. The term ‘free’ is used loosely to denote a programme of films having been made free from propaganda, under independent circumstances or free from technical and social convention.

As a precursor to the British New Wave, Free Cinema marked a broader attitudinal shift in cinema and the arts against the exclusion of whole areas of life. Through a supporting programme of film and events, the exhibition will examine how the movement reflects the present challenges and methods of resistance employed by filmmakers and artists alike. This will include a temporary cinema space built into gallery one.

“Operations is a collaborative project utilizing key elements of cinema: image, sound and text. The work presented is the result of year-long activities by Free Cinema Seven, during which the group freely exchanged and edited different materials between the five group members. The process of cinema production is performed as a conversation about cinema. Individual and group concerns contribute to a creative process where the traces of each stage of production (editing, exchange, discussions, iterations) are allowed to exist within the final single screen video.”